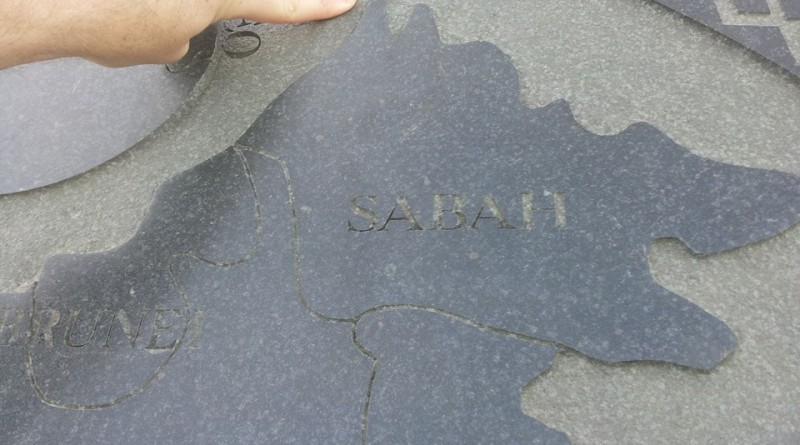 Simpang Mengayau, the Tip of Borneo, is often described as the most beautiful place in Borneo itself.  On the map, it is the tip of the ‘left-ear’ of the Sabah ‘dog’ and is the northern-most point of Borneo itself. 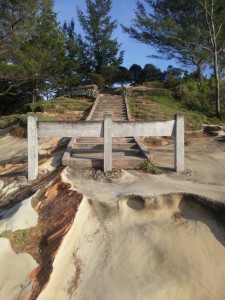 What is there to do?

This is the perfect beach destination.  You can do nothing but relax. Read, sleep, sunbathe, walk along the 2km beach, explore on your rented motorcyle, eat local food, read some more, sleep some more and swim in the warm South China Sea.

The Tip of Borneo is about 3 hours drive from Kota Kinabalu (Sabah’s capital city).   There are a few different ways to get there but after chatting to a few tourists along the way, each method is a bit of trial and error and doesn’t always work out exactly as described in the brochures. 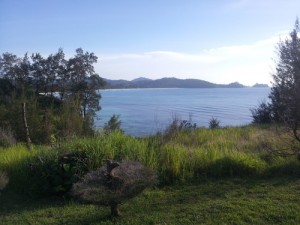 By Car – hiring a car from Kota Kinabalu and driving up is possible. We met someone who did this (at RM90 per day) but ended up stranded that night as the car died and nobody was able to assist until the following morning. It is only a three hour drive, scenic, but with potholes and roadblocks along the way.

By Bus – there is a ‘big’ local bus once a day (sometimes) which can take anywhere between 3 to 6 hours. It costs about RM 30.  You take a bus from near the ‘Shangri-La Motel Bus Stop’ (it is behind the city hall, it is NOT the express bus stop on the beach-side of the city hall).

By Taxi – a taxi from the airport (and back) would be anywhere between RM 250 to RM 350 depending on your negotiation skills. For four people wanting to only do a day trip, this might be worth the cost to have a personal driver. 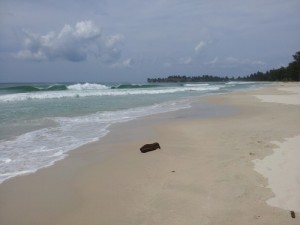 By Shared Taxi – This is the option that we used and it went very smoothly both ways. From Kota Kinabalu, go to the same place as the bus stop (above) and find a shared taxi (5-7 people). It costs RM30 each and you have to wait for the taxi to fill up before it will leave. We waited no more than an hour for both trips to and from Tip of Borneo.  Beware of unlicensed taxis.

In Kudat, you go to the centre of town, there is a waiting place there with shared taxis which take longer to fill up than in Kota Kinabalu (you need to get transport from Tip of Borneo in to Kudat town to catch this taxi – we paid RM20 each for our lodge to drop us there). 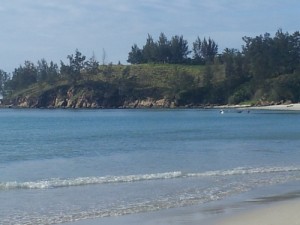 By Plane – this seemed like the quickest option for some travellers that we met. But you still need to take a taxi/hotel shuttle between the Tip and the airport in Kudat. Flights could be found cheaply and the small plane experience is apparently very scenic and gives impressive views of the mountain and the northern bays.

You can also apparently fly from other cities (Sandakan, Tawau etc) to Kudat, so this is definitely worth a look if you are coming from the south of Sabah and don’t want to take the inevitable route in and out of to Kota Kinabalu.

Check out some places to stay here and restaurants in the area here.

Tip: Make this a stop in your itinerary – it is worth it, if only for the stunning coastline and magnificent sunsets. 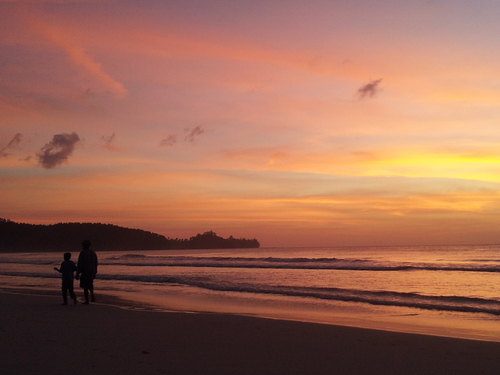 Travelinds is on a journey to find beautiful places and faces around the world. Come with us!

4 thoughts on “Tip of Borneo” 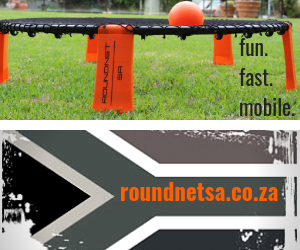 Support these heroes who are making their world a little bit better. We do!